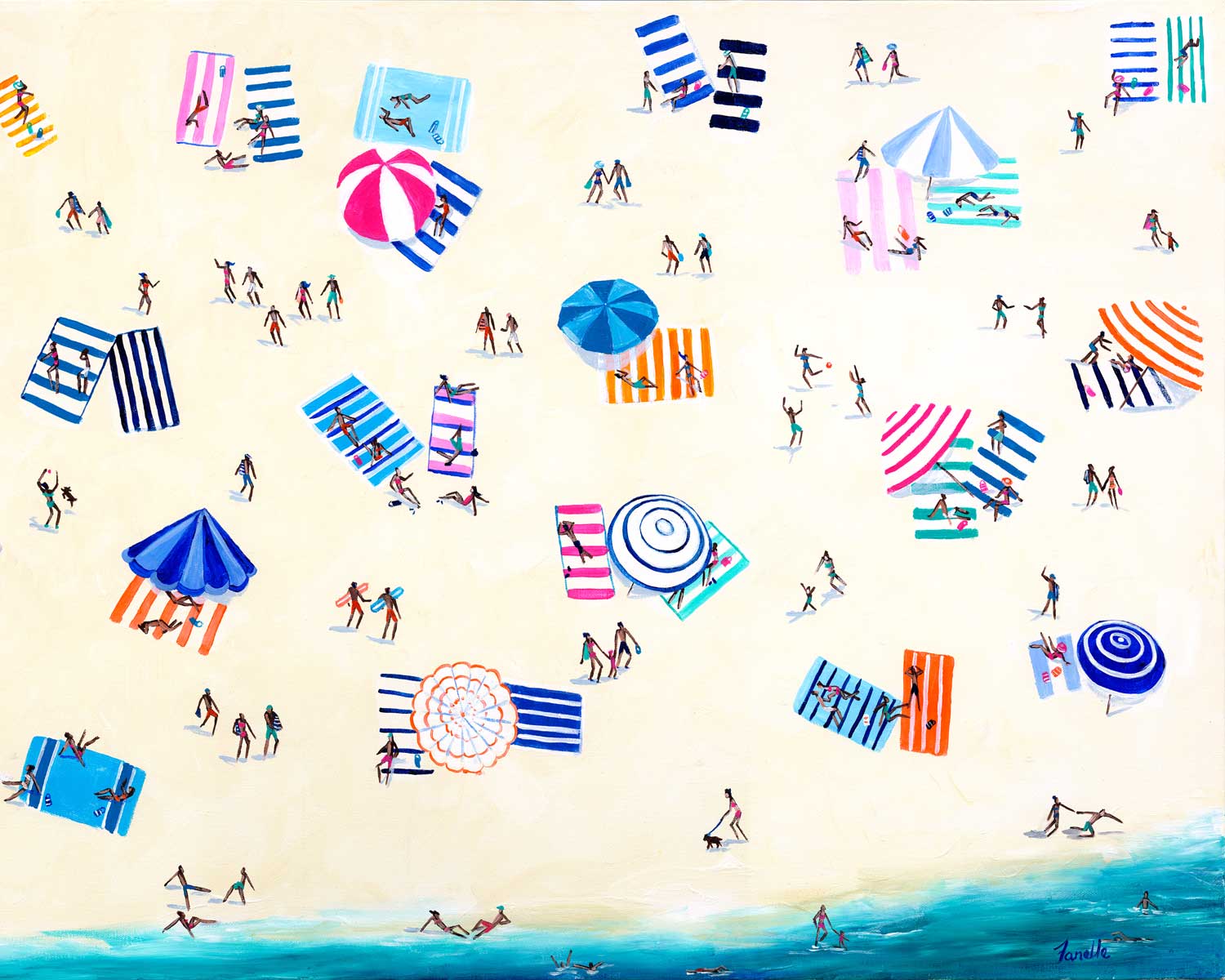 Life Arts Designs is the collaboration of artists Lois Eder and Fanelle White.  Lois and Fanelle have known each other since 2007, when Fanelle’s daughter was a student in Lois’ Special Needs class and Fanelle was an art teacher at the same school.  They shared a common interest in the arts and Lois would visit Fanelle’s art classroom during her off periods, becoming inspired by her teaching and engagement.  It was inevitable that they would become close friends. More than ten years later, they began to talk about retirement and a collaborative art adventure and Life Arts Designs was created.

Compassion, empathy, and encouragement have all been words that have driven Lois’ life.  She always wanted to have a positive impact on others and decided very early to become a teacher of special needs children.  It has been very gratifying for her through the years to know that her actions each day gave these sweet children a path to follow as they entered the adult world.  Many of these students learned best through tangible touch or visual stimulation of art projects. It was through their eyes that the artist of her youth was brough back and encouraged her to develop her own art.

The beach, sun, and friendly neighborhoods of the Jersey Shore have always been an inspiration for Lois’ artwork.  She loves portraiture, beach scenes, and is currently obsessed with beach balls and aquatic life.  Every art medium is a joy to use to create artwork, but she uses both oil and acrylic paint as a main source material.  The process of using the thick paint texture and blending of colors gives Lois’ inner peace and calms her soul.

Fanelle was born and raised in Boston where she was exposed to many forms of art. As a daughter of an engineer, she learned how to combine her artistic talents with the ideals of form following function. It was a natural transition to graduate from Pratt Institute with an undergraduate Industrial Design degree.  Fanelle grew to love the summer air on the beach where her grandmother lived in a Boston suburb. As she paints each beach scene, she is reminded of those happy days with her Nana. Fanelle uses acrylic paint in most of her work but will occasionally use watercolor depending on the subject matter.

Fanelle began her art career as a model maker and draftsman in the Point-of-Purchase industry. After completing several courses in computer science with certificates in Photoshop and Illustrator, she became an adjunct professor at St. John’s University in their art education department. Over the years she shifted her career towards education full time and completed two master’s degrees, both in art education and general education. Fanelle was blessed to have taught fine art in a large comprehensive high school that specialized in the arts.  She has received numerous awards, including awards for her teachings in the visual arts and at charitable organizations throughout the tri-state area. After a fulfilling career in art education, Fanelle retired to the Jersey Shore where she found peace to paint and reflect on the beauty there.